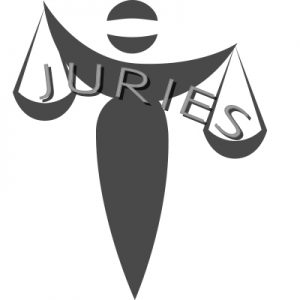 The JURIES Campaign is a new campaign asking government to brief jurors prior to a trial beginning, about rape myths and stereotypes.  We envisage this being done by a DVD that is played in open court that addresses some of the most common myths. Many victims are not getting justice because jurors believe incorrect information that is prejudicial to their thinking, before any evidence is heard. Currently rape myths can be addressed, but only after the evidence is heard.  This is too late.For many years I have been concerned about juries that do not seem to understand the myths and stereotypes surrounding rape cases. I have seen and heard a lot of victims, and police who have felt that really strong cases have been lost at the will of juries, for no apparent reason. I understand that people have a lot of reservations or issues about specialist juries. So JURIES meets the needs, by educating potential jurors and challenging them and making them think about their assumptions prior to the case beginning. An example of this is to consider the assumptions that are made, that pineapples grow on trees. If you have always believed they grow on trees and you go through a trial about pineapples; telling you at the end of a trial that they actually grow on the ground or low bushes you – aren’t going to believe it, because you have always assumed differently. However, if you do the research you will know. You can see the pictures and read for yourself.  Challenging beliefs can take time, but when presented with facts rather than assumptions gives you a better start, that will create a more balanced trial. It doesn’t change the need for proper investigation and proper case building. But it can have an impact. A DVD that everyone has access to also removes the onus on the judiciary, who may or may not be good at explaining, what myths and stereotypes are.   To follow the progress of this campaign, follow @understandingSV on Twitter; JURIES page or group on Facebook, or  juriesunderstandingsv.wordpress.com

This entry was posted in Uncategorised, Uncategorized. Bookmark the permalink.